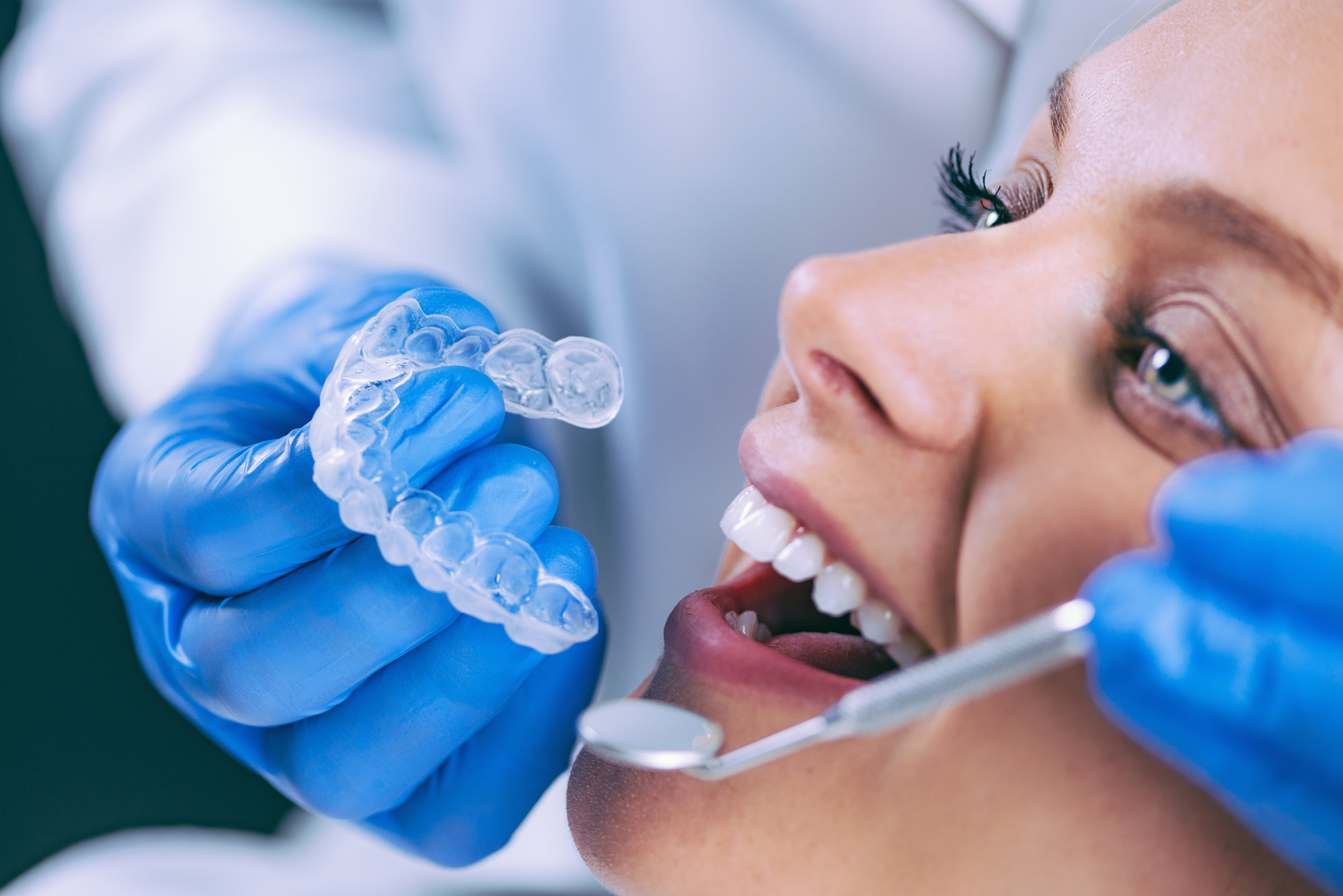 Photo by microgen via envato

Teeth bleaching, also known as teeth whitening, is a common procedure in general dentistry but most especially in the field of cosmetic dentistry. Many people consider white teeth to be an attractive feature of a smile. A child’s deciduous teeth are generally whiter than the adult teeth that follow. As a person ages the adult teeth often increase in value–that is to say, they become darker. This darkening is due to changes in the mineral structure of the tooth, as the enamel becomes less porous. Teeth can also become stained by bacterial pigments, foodstuffs, and tobacco.

As white teeth are subconsciously associated with youth, they have become desirable. This has been made more apparent with the spread of American culture worldwide, where an especially white smile is coined a “Hollywood smile.” The procedure to bleach teeth uses oxidizing agents such as hydrogen peroxide to lighten the shade of the tooth. The oxidizing agent penetrates the porosities in the rod-like crystal structure of enamel and oxidizes interprismatic stain deposits; over a period of time, the dentine layer, lying underneath the enamel, is also bleached.

There are two main methods of teeth whitening. The first involves applying a high concentration of oxidizing agent for a short period of time, which is the so-called office bleach. This produces quick results but risks chemical burns to the soft tissues. Therefore, most in-office bleaching procedures use a light-cured protective layer that is carefully painted on the gums and papilla (the tips of the gums between the teeth). The bleaching agent is either carbamide peroxide, which breaks down in the mouth to form hydrogen peroxide, or hydrogen peroxide itself. The bleaching gel typically contains up to 35% hydrogen peroxide equivalent.

The alternative method involves using a thin mouthguard or strip to hold a low concentration of oxidizing agent next to the teeth for as long as several hours a day for a period of 5 to 14 days. This is known as take-home or over-the-counter bleaching. This is a slower process but has fewer risks to the soft tissues. The bleaching agent is typically less than 10% hydrogen peroxide equivalent.

A typical course of bleaching can produce dramatic improvements in the cosmetic appearance of most stained teeth; however, some stains do not respond to bleaching. Tetracycline staining may require prolonged bleaching, as it takes longer for the bleach to reach the dentine layer. White-spot decalcifications may also be highlighted and become more noticeable.

Recently, efforts have been made to accelerate the bleaching process by the use of light. Studies have shown varying results as to the efficacy of light-activated bleaching.

Side effects of tooth bleaching include chemical burns (if a high-concentration oxidizing agent contacts unprotected tissues, which may bleach or discolor mucous membranes), sensitive teeth, and overbleaching (known in the profession as “fridge-door teeth”). Rebound, or teeth losing the bleached effect and darkening, is also an issue, with some studies showing the rebound effect over 30 days. A recent study by Kugel et al have shown that as much as 4 shades of lightness can be lost over 30 days with light-activated/office bleaching.